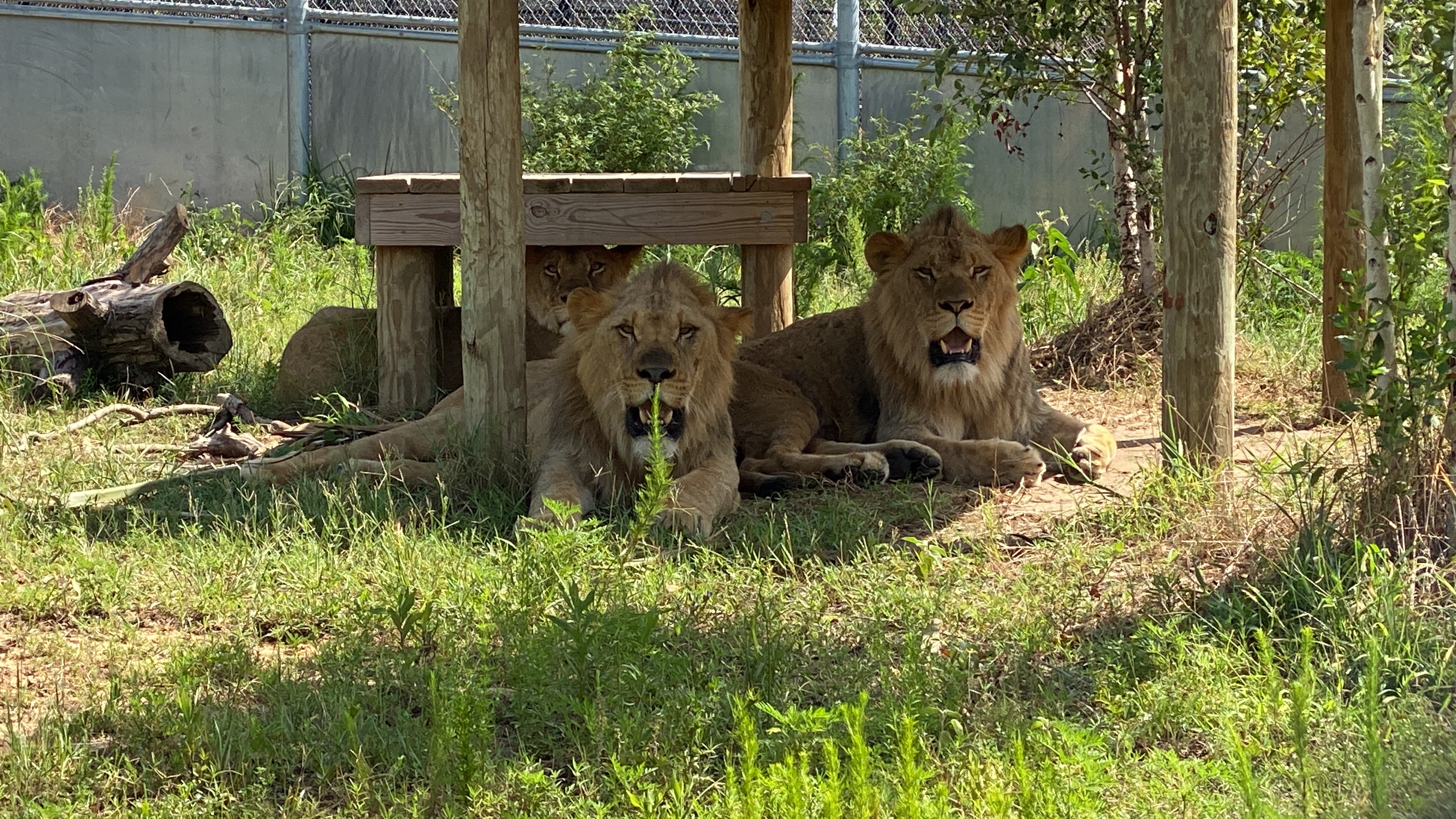 The Alabama Gulf Coast Zoo announced the arrival of three African lions as part of the zoo family on Friday, June 17, 2022, at 10:00 am.

The Alabama Gulf Coast Zoo was approached by the Zoological Association of America (ZAA) to become an active partner in establishing new genetic lines within the North American population of African lions.

As a member of this ZAA Animal Management Plan, the Alabama Gulf Coast Zoo will be working with accredited zoos across the United States to monitor and control breeding of the African lion population to ensure the future of African lions in North America.

“We are grateful for the partnership and the team at the Pittsburgh Zoo & PPG Aquarium. They have worked with our teams to ensure a smooth transition and the lions are settling in and happy in their new home,” said Joel Hamilton, Executive Director, Alabama Gulf Coast Zoo. “We are extremely excited about the future of these lions and our zoo becoming a leader in lion preservation.”

"One of the best attractions in Gulf Shores"